THE MACHINE NETWORK IN RALEIGH

The Machine Network enables devices, sensors, and machines to communicate with great efficiency, over great distances, more reliably than any other wireless technology. With the deployment of RPMA in Raleigh, municipalities, government agencies and businesses are able to tap into its always-available, ubiquitous coverage to build IoT solutions. 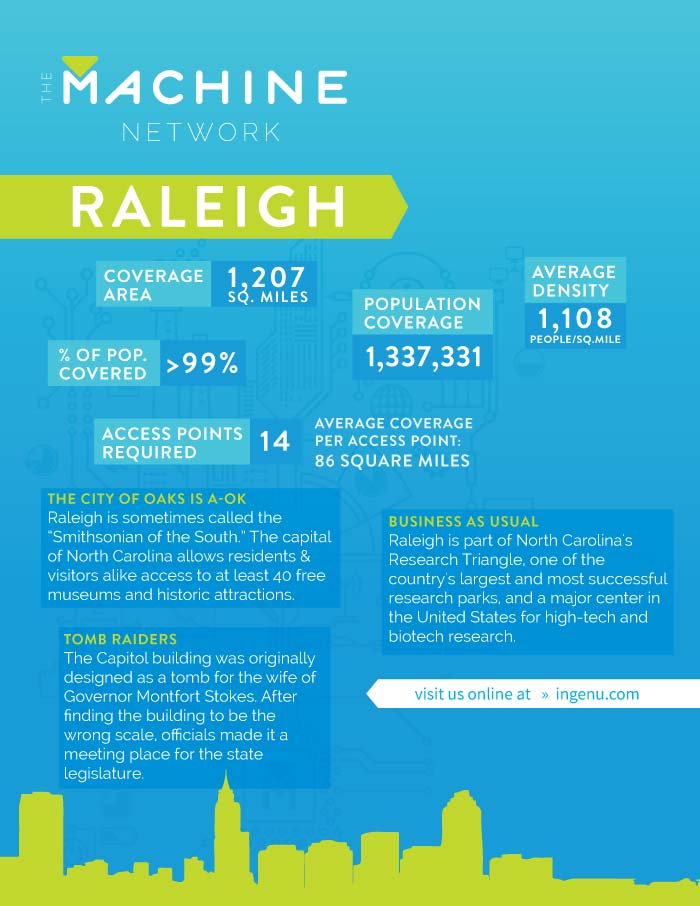 AKA THE OAK CITY

The North Carolina Capitol building was original designed as a tomb for the wife of Governor Montfort Stokes. After finding the building to be the wrong scale, officials made it a meeting place for the state legislature. These days, it houses the offices of the Governor of North Carolina.